The Value Of John Muir Day

John Muir played many roles in his life, all of which helped him succeed in his role as an advocate for Nature.

As America’s most famous naturalist and conservationist, Muir fought to protect the wild places he loved, places we can still visit today.

John Muir Day is celebrated on April 21, providing us with a day to recognize the modern ecological insight that humankind is a part of Nature, and that our well being—our survival—depends upon an ecologically sound natural environment. By taking time to appreciate how far we have come in the environmental movement launched by Muir, we can be inspired as we tackle the myriad environmental problems facing us today.

Born in Scotland, April 21, 1838, John Muir immigrated to the United States with his family when he was eleven years old. He traveled to California in the spring of 1868 and explored the high country of the Sierra Nevada, making California his life-long home. He also traveled widely in Alaska and throughout the American West, writing numerous books and articles describing natural wonders and arguing for the need to preserve wilderness.

When Muir traveled around the world in his later years, he inspired people all over the globe to protect places of special beauty and wildness. His life is celebrated by the existence of Yosemite National Park, which he was instrumental in establishing in 1890. In 1976, the California Historical Society voted Muir the greatest Californian in the state’s history. Geographic place names for Muir exist in Alaska, California, Florida, Washington State, Wisconsin, and in his birthplace, Dunbar, Scotland.

Adapted from the Sierra Club and the National Park Service

Signup for our newsletter! 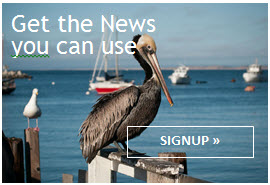